Anyway after monks showed Japan origami, origami turned into what it is today. Some people dislike the use of scissors or glue in origami because they think origami should be made without cuts or markings on a paper. In Japan though people have to cut through paper to make stuff like a Shide. Origami is so popular in Japan that sometimes it is used to decorate weddings and other stuff. In Japan people give away gives in origami pieces called Noshi’s. The noshi is used like how we use greeting cards.

Europeans started folding paper after 1845 and now origami is what we see today. So far I have started making a website, and it has turned out to be easier than I thought it would be. On the website, I have put a lot of pictures in it. I still have a lot to add to the website though. I still need to figure out how to put a video in my website.

I will continue researching and adding more facts to the website.

I am learning about origami. So far I have learned a lot about the history of it. Books say that paper was first created in China. If there was paper then people probably folded it because origami is just paper folded. I have learned when paper was created and how it got to Japan. I have learned that the word ori in Japanese means “fold” and the word kami means paper. The word kami changes to gami because of something called Rendaku. Go to this site if you want to know more about Rendaku.

Nobody knows quite where origami originated from because unlike other types of art, paper can’t be kept in good or even descent condition. A person named Cai Lun is credited with the creation of paper. One example of origami in China is the yuanbao. Yuanbao is paper that is folded to look like gold nuggets, then the gold nuggets are burned up as an offering. The yuanbao has been going on since 1000 A.D. and continues to this day.

I have learned that I only find the important information of the articles and leave out the stuff that isn’t important. Out of the articles I have read I try and get the most information I can out of it. The only obstacle I can think of is I hope that I can find enough Information. So far I have got a lot of information, but I don’t think there is a lot left. Right now I am going to continue researching about my topic. The picture is a Yuanbao. I went to Iowa State University and it was really cool. The best part of the trip was either the food or the virtual reality video. First I’ll talk about the food. This was the best food I had ever had during school. There were so many choices. I got some spaghetti and a strawberry, banana smoothie. I didn’t know that they had 6 engineering building. One of them though, they were remodeling the inside. Our tour guide showed us a lot of different places, like a bell tour, and a business building. We had to walk almost everywhere, because the whole campus was huge.

After we got done with the tour we went into an auditorium and watched a cool virtual reality video. The video showed us how the could manipulate and build stuff. Then, people could go into the C6(square-like thing that people could go into and see virtual reality stuff) and they could see what they built in virtual reality. In the video we got to see a made up solar system and fly though a bunch of asteroids. We also got to see a plane taking off of a carrier. It was the glasses that made it look 3D though. Then the last thing we did was solve a problem by using DNA samples. Over all the trip was pretty fun. 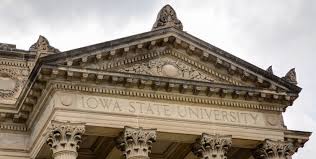 I have decided to learn how to do origami. I am also going to learn where origami originated from. I have decided to do it because I don’t know much about it. I also want to learn how to make some origami out of paper. Another thing I want to learn is some techniques on how to do it. This topic is important to me because I feel I can learn a lot about this topic. I have tried doing origami before, but I always fail at it because I either mess up the directions or I mess up folding the paper. I chose this topic also because I couldn’t think of anything else to do and this was the best thing I had thought of. My goals are to learn how to make some paper origami.

I am also going to make a book on how to do origami. In that book I will include the history of origami and other additional facts about it. If I get down with the book then I might make a website about origami. It will include mostly all of the stuff that I had in the book. I have researched just a little bit and learned what the word origami means since it is a Japanese word. I also learned that paper was first created in China by a person named Cai Lun. I will measure my goals by when I have finished researching and also when I have finished my book. To learn more about the history of origami visit this site.

First, I left Fort Dodge to go to Minnesota to see my cousins in Cedar Rapids. We stayed up to about midnight playing on computers. Then, the next morning we went to see cousins on my dads side and we went to the mall of America. My brothers and I then went to go on rides and the lines weren’t that big in the morning but, then they got bigger and then we left to go to my grandma’s houses in Rochester. Next we went to cousins on my moms side in a different part of Minnesota. We played soccer there with them and then went to a burger place there called Matt’s Bar. We had to wait in line forever, but then we got a burger and it had cheese in the middle of it. It was really good. Finally, we went back home on a Tuesday.

Then, my cousins came down and we had an Easter egg hunt at my grandma’s. We flew kites with those cousins and we got them really high. Next, we had to wake up really early to go to church at 7:00 and we ate breakfast after. Then we had a big Easter egg hunt at my great aunts place. She lives on a big farm, so the eggs were well hidden. Finally, we went home and all my cousins left except my one in college and her dad because they had spring break the week after ours. My cousins dad stayed because he was a teacher and his school also had spring break then. I have written 6 posts and 7 including this one. I didn’t write any posts of my own interest and for school. All my posts were set by the challenge though some we had to have a certain amount of words for school. I had 3 comments by students and 3 comments by my mentor. My hello world post received the most comments probably because everybody was just looking at different posts. My favorite post to write was probably the one about one of my favorite times with my family because I didn’t have to look anything up on the internet. I changes my theme for Halloween, but that’t it. I didn’t have any widgets, so I don’t think I had enough. I don’t have a blog roll. I used links for more info and a lot of pictures on my blog.

Mercury is the closest planet to the sun. Mercury orbits around the sun every 88 days. Mercury has been known for about 5000 years. The Romans named it Mercury after the fast messenger god called Mercury. The surface temperature about the planet Mercury is 840 degrees Fahrenheit or 450 degrees Celsius. At night the temperature gets to 275 F because Mercury doesn’t have a real atmosphere. Mercury is the smallest planet and is only slightly bigger than our moon, but way heavier. The planet has a lot craters because is has no atmosphere. One huge meteorite crashed into Mercury and made a crater called Caloris Basin that could fit the whole state of Texas in it.

In 2012 NASA sent a spacecraft to the planet and it discovered that there was water ice at the north pole of Mercury. Scientists think that comets or meteorites brought the ice there or water vapor from the planet’s interior. When the planet was born it was changing its shape by volcanic activity. Mercury is the second most dense planet after the earth because Mercury has a big metallic core. The Mariner 10 discovered that Mercury has a magnetic field. Planets with a magnetic field usually have a molten core and spin quickly. Though Mercury takes 59 days to rotate it is surprising it has a magnetic field. The magnetic field on Mercury is only 1 percent of the strength of Earth’s. Here is a link for more information.

Instead of an atmosphere, Mercury has a thin exosphere’s made up of atoms from the surface from Solar Radiation. The exosphere on Mercury is made up of 42% oxygen, 29% sodium, and some other chemicals. Mercury is the fastest planet traveling at 112,000 mph. Mercury has no known moons. Gravity there is 0.38 that it is on Earth. That means you could make a 26 foot dunk on a basketball hoop instead of a 10 foot dunk. Here is another link for more Info.

Hot dogs are made of pork, beef, chicken, and different kinds of poultry. You can put them in a hot dog bun or slice them up and eat. Once you put them in a bun you can eat them or put condiments like, ketchup, mustard or relish on you hot dog. Hot dogs are very popular at baseball games and other sport events. You can buy them from stores and then grill them on a grill. Hot dogs are pink when they are raw but once you start to cook them they turn darker and darker until they are black and then they taste like charcoal. The next food I’m going to talk about is marshmallows. Marshmallows are made mostly of sugar and water. You can heat them up and add them to rice crispy’s to make rice crispy’s bars which are gooey, but really good. If you ever go camping don’t forget the marshmallows. If you put the marshmallow on a stick, you can cook them if you hold them over fire. Careful not to put them in the fire or they get burnt. As you hold the marshmallow over the fire you will see it get bigger and browner.

One of my favorite times with my family

Category: Uncategorized | 1 Comment on One of my favorite times with my family